Apple continues to work to integrate its “AirTag” trackers into Find My. This is clear in two recently launched screenshots, which indicate that the mosaic device is about to be officially launched.

Apple has been working on a wireless tracking in the form of a mosaic that we believe is AirTags based on a file in the AssetData folder of iOS 13.2.

Rumors of an Apple-produced tracker that works with the updated Find My app indicate that Apple no longer tracks Apple’s lost hardware, but also other objects. The “Tag” hardware references found in June first hinted at the existence of AirTags and indicated that the application had added functionality similar to a mosaic. 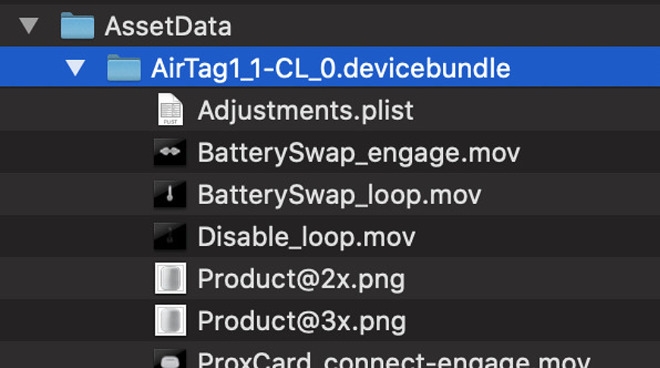 A MacRumors reader has discovered additional screenshots that show an updated section of AirTags in Find My.

The screenshots show an updated Search Me application with a bottom bar containing “People”, “Devices”, “Elements” and “Me”. In screenshots, AirTags are still referred to with their code name “B389”.

Other screenshots show the process of setting up AirTags, which involves dragging the AirTag tab and putting it within reach of an iPhone.

These leaks indicate that AirTags may be available soon, but there is no evidence that this is the case. Already in September, the generally reliable analyst Ming-Chi Kuo had believed that they would be released shortly.

Tim Cook sees AirPods Pro as a complement to AirPods, not a replacement